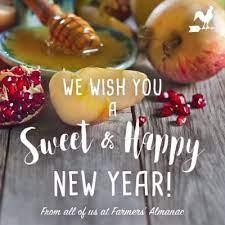 No matter yours truly an atheist,
I consider myself fascinated with my ancestry
x cited regarding: upcoming
Jewish holiday fast approaching
by the bewitching hour which doth hold key
to Chamber Of Secrets to – me
analogous being Sorcerer's Apprentice
as you will read and see,
though impossible mission
to proffer extensive family tree.

Courtesy of Google, this grown man
linkedin with tribes of Zion
indulged curiosity of mine
proudly harkens, (particularly
as he doth accumulate orbitz around the sun)
from Semitic ancestral line
surrounded by Jewish community
(countless years ago,
when we called Penn Valley
our place of residence)
off a street that arches
(like Noah’s bow sprint)
and named Woodbine.

Yet, he knows virtually nothing
about Jewish History
lets inquisitiveness wander
as a descendent from the “Lost Tribes Of Israel”
pondering how his life would be lived
if baptized in customs, faith, and religion
considered one of the oldest codified paradigms.

The first of the High Holy Days
or Yamim Nora'im ("Days of Awe")
celebrated on the first two days of Tishrei
the first day of the seventh month as "Zikhron Teru'ah"
("A memorial with the blowing of horns").

Rosh Hashanah is described as "the day of judgment"
(Yom ha-Din) and "the day of remembrance"
(Yom ha-Zikkaron)
occurs 163 days after the first day of Passover (Pesach)
beginning of Rosh Hashanah
at sundown at the end of 29 Elul.

A special prayer book,
the Mahzor is used
on Rosh Hashanah and Yom Kippur.

This sacred day, the horn doth blow to chauffeur
(two precious daughters
now grown and autonomous
didst long since exit and escape
parental basket of deplorables,
where freedon beckoned,
when age of consent attained
exited out front door)
marginally linkedin with historical past
replete with tantalizing lore
where legions of commandments pour
and more relevant than ever
as global tempests roar
atrocity diminishing Hebraic peoples
courtesy incessant pograms and war.