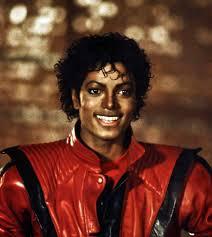 (June 25, 2009 embraced death be not proud
though global outpouring of grief loud).

Although an exodus of family, friends, relatives and strangers will long since attend the public homage (paying emotional tribute to this thrilling late brother of yours), I wished to compose a eulogy (no matter that a plethora of condolences presumably inundated the Jackson mail juke box) and identify salient traits within what many considered a sensitive reclusive individual.

Upon hearing news sans death,
where tears of sadness would not stop
one known as king of pop
I immediately experienced state of shock,
whereby tears did fall
at sudden void within entertainment industry
son of bebop
no matter media portrayed him
eccentric and off the wall
set trend for subsequent talented folk
from heavy metal to hip-hop
evoking images of bad butterflies
wanna be startin’ somethin’ with paul.

No matter whether eyes alight on these words of mine, an impulsive spurious whim overtook me (nearly a week since disbelief at cessation of the famous moon walker screamed across the headlines (which many at first considered some kind of hoax or monkey business), that je nais sais quois inner sense of fulfillment nonetheless appeased from this stranger in Moscow.

Fans implored medicine men at storied
prestigious U.C.L.A. emergency ward
“i want you back”, yet the pale man in the mirror
could not hear plaintive wail
his emaciated body riddled with puncture wounds
to quench where aching pain roared
harboring a lifetime legacy of loneliness
perhaps beset with psycho/social travail
but black or white, the world (learning sobering truth)
mourned and amassed in a hoard
paying obeisance to late icon, who
kept himself and progeny shrouded in a vale.

Conscious this communique might get lost in a sea of tsunami like mourning pouring down from persons that dwell from all four corners of this globe, the unstoppable urge (could not beat it back) to invoke providence penned countless top of the chart number one platinum singles and albums intoning now only how to shake your body (as that awesome dancing machine) but also that we are here to change to world.

Who could foresee that lovely one and
cherubic looking boy of the Jackson five clan
would evolve into a musical wunderkind
and appear unbreakable with Billie Jean
epitomizing “the girl is mine” stance despite
being a courteous and flirtatious gentle man
winning accolades plus marrying pretty young thing
never in jam with moolah green
unbeknownst to public limelight
cooking a witches brew,
whence Lisa Marie Presley ran
hermetic isolation grew in tandem
with scurrilous accusations
found him not to be seen.

After paying final respects, i.e. uttering final adieu, bon voyage, fare thee well, et cetera from those allowed permission to weep at gravesite (probably at Neverland), this letter will hopefully reach thee after those madding crowds return to their respective abodes most likely still wincing every now and again upon reflecting on premature departure of a native son.